The distant Black Sea is a legend for all times. Tender and harsh, calm and violent, lukewarm and ice-cold—much can be said about this marginal sea of the Atlantic Ocean, which has enchanted sailors from all over the world since ancient times. Throughout its long history, this inland sea has been called by different names. The ancient Georgians called it Spersky, the ancient Greek name was Pont Aksinsky, and even its Scythian name has survived to this day, but when and why the sea became “Black” is not certain. There are different versions that propose the name “Black” as the designation of the northern side of the world, others say that the name was given because of the anchors that turned black after serving in these waters. We will leave it to the historians to figure it out one day.

For scuba divers, this part of the world represents a real treasure, a place where you can perform dives of varying difficulty (from open water to mixed gas CCR deep wreck penetrations), touch history with your hands, and sometimes even make real discoveries. What follows are some notes from my expeditions in this region.

An expedition! What else can be more inspiring than unknown secrets yet to be discovered? A couple of years ago, I was included in a group of researchers discovering a previously unknown shipwreck at a depth of 85m. The wreck is located not far from the bay of ancient Balaklava (on the Crimean Peninsula).

A long time ago, marine trade routes passed through these waters. The Black Sea has always been a wayward place, so many ships ended their voyages at the sea bottom. Various ships and submarines sank here at different times and for different reasons.

The vessel we discovered with the echo-sounder was clearly very old, and our primary objective was to find out what kind of object we were dealing with. Several dives were made under circumstances comprising strong currents, cold water, variable visibility and a serious depth. Working as a team of experienced divers, we completed the series of dives without any problems.

The framework of the ship was discovered during the first dive. It was 20m long and 6m wide, almost completely immersed in silt, with only its ribs and a well-preserved bowsprit visible on the surface. On the second dive, we were lucky: We found an anchor and a paddle, and took samples of wood for further study. All the planned measurements, photos and video filming were completed successfully. Based on our findings, scientists made a bold assumption that this was an ancient Roman merchant ship from around the second century BC.

During this past summer, I visited several more interesting sunken objects of the Black Sea. One of the recent findings was an aircraft, which was sunk during WWII—a German Heinkel He 111 bomber. It rests at a depth of 44m in the area of Cape Tarkhankut.

The plane was shot down by a Soviet fighter in March 1944; one of the crew managed to escape and survive. In the mid-2000s, many years after, he returned to the peninsula with his family to remember his story of a miraculous escape.

The Heinkel wreck itself is half-covered in silt, but the fuselage and wings are in good condition. The left engine is still in place, an RC machine gun is visible at the tail of the aircraft and another machine gun was found not far from the crash site but was lost during the salvage attempt. I was also able to find a wheel from the aircraft landing gear at a considerable distance from the hull.

This was another example of good luck for the researchers; during the search for the bomber, an unknown object was discovered at a distance of 150m to 200m from the plane. Checking an unusual magnetic anomaly found there, divers found an unbroken, almost intact ship!

On a board of the wreck, there is the name of the find: the Fourth. The ship is dated to the 1920s; no information about its exact functions or its fate could be found. Presumably, it was a minelayer vessel. The Fourth wreck is also lying at 44m, on an even keel. The wheelhouse, steering wheel and propeller are in place and the hull is intact, but the history of the Fourth still remains a mystery.

Surprisingly, the Fourth and Heinkel wreck sites are located not far from the famous steamer Tsesarevich Alexei Nikolaevich (Crown Prince Alexei), which lies a bit deeper at 52m, but is much larger, and for me, more interesting than its fellow wrecks.

Six ships of the “Tsesarevich” class were built in Imperial Russia, which were used in different fleets. The steamer Crown Prince Alexei was intended for transporting various goods within the Black Sea. However, with the outbreak of WWI, she was mobilized for military needs.

Her service went smoothly until 16 June 1916. On this day, in completely calm weather, an explosion sounded under the stern. The ship suffered a massive leak and tilted heavily. The crew fought to the end for the ship’s survival, but the water flooded the engine room quickly. The boilers were shut down in time, preventing another explosion, but the ship’s death was inevitable. The 90m steamer sank, and the cause of the tragedy was a mine, laid by an enemy submarine.

The conditions for diving in this place are not easy; the weather changes rapidly and there are frequent strong currents near the surface. The highest point of the wreck is at 39m, but it is wiser and safer to visit this wreck with technical gear and a good set of skills, using decompression mixes or a rebreather, as I did.

During one of our dives, the Black Sea showed its true character. Our boat had pulled anchor while we were underwater, and we had to catch up to it, as we faced the threat of being stuck in the open sea for a long, long time. Thank goodness I had taken my personal DPV (diver propulsion vehicle) with me, which diligently pulled two divers in full technical equipment towards the drifting boat for a good period of time.

After this incident, we carried out all our dives using special technology. Our entry to a wreck site was carried out according to its coordinates. The moment our boat passed over a target, the captain gave the command to drop the “bullet” off the side of the boat. The bullet was a 50kg full-metal cylinder with a rope tied to a buoy. When deployed, the bullet rapidly sank to the bottom and safely held the dive boat in place, ensuring the dive team could get to the wreck site and come back safely. If the bullet dropped too far from the site, we used a primary reel to get to it.

There were also some modern-era wrecks in the Black Sea. We managed to visit the Haj Ismail, a bulk-carrier that broke in half as a result of an unprecedented storm in November 2007. She did not have time to hide in the bay of Sevastopol, and huge waves demolished the 110m ship. Only two out of 17 crew members survived. Interestingly, they both quickly disappeared from the hospital where they had been treated for severe hypothermia.

The shipwreck, which carried a cargo of metal beams, lies at 75m. The deck doors are open, and the torn bow of the ship lies at a distance, so it is necessary to plan a separate dive to find it. The stern of the ship is well preserved, but time has taken its toll. Parts of the ship are now covered with life and are slowly being eroded by rust.

The Black Sea still holds many secrets and mysteries, and every diver has the opportunity to become a pioneer—you just need to want to, and of course, have good training and a little luck. Go travel and explore! ■

Pavel Lapshin is a technical diver, underwater photographer and traveler based in Yoshkar-Ola, Russia. To learn more, visit: facebook.com/lapshinpv 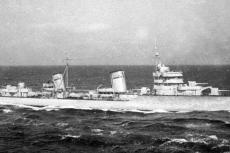 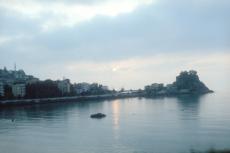