Is the sport rebreather dream a reality this time around? A former Hong Kong police officer and assistant political adviser to the governor of Hong Kong, Simon Pridmore has over the past 15 years been on the cutting edge of scuba diving in Europe, Asia and the United States.

He pioneered mixed-gas deep diving in the late 1990s and managed IANTD operations in Micronesia through Professional Sports Divers, his dive centre on Guam.

Pridmore then moved to the United Kingdom to operate the IANTD U.K. franchise while serving as sales and marketing manager for VR Technology.

He continues to be widely published in dive and travel magazines and has written a new book, Scuba Confidential—An Insider’s Guide to Becoming a Better Diver, soon to be released in 2013.

Rebreathers are not new: the concept dates back several centuries and they have been used by military and commercial divers for over a hundred years.

The notion of sport divers using rebreathers is not new either. In the 1960s Italian and American companies developed rebreathers for public sale but a series of accidents and training agency bans ensured that these experiments were short-lived and dissuaded others from attempting similar ventures for 25 years or so.

Then, in the mid-1990s rebreathers appeared in the market once again, their arrival coinciding with the growth of technical diving, and this time they stayed. Technical divers eagerly adopted the new machines mainly because, although they were expensive to buy, they were much cheaper than open circuit equipment to use for deep dives on helium based gas mixtures.

However, the mainstream dive industry was cautious, as were recreational divers in general who saw no benefit in the models of rebreather that were then available and decided to stick with open circuit scuba.

Which brings us to today. In the last two years, industry acceptance of the idea of the general population of divers using rebreathers has grown considerably. PADI, the world’s largest training agency, has given the concept its support and this has encouraged some of the mainstream equipment manufacturers to develop new units especially designed for “recreational” divers, (as opposed to “technical “divers.)

The first of these was the Poseidon Mk V1 Discovery but lately Hollis (Oceanic) has stepped into the ring with its Explorer unit. Other companies are watching developments carefully from the wings to see if these pioneering units will conquer the recreational market.

There are two key questions that divers are asking. The first question is: What is so different about these units that the mainstream diving community has abandoned its previous reservations concerning rebreathers?

The new models are compact and relatively light compared to the rebreathers that technical divers use. Having said that, they are still as heavy as open circuit scuba and current training procedures require you to carry a small open circuit set up too if you want to dive on a rebreather below 20m.

More importantly, they have also been designed to reduce as far as possible the likelihood of the diver making the kind of errors that have led to rebreather accidents in the past. These rebreathers monitor themselves, know when they are functioning correctly or not and inform the diver immediately when there is a problem. The diver then deals with the problem according to his training.

The new models are also less expensive than technical rebreathers although, at around US$5000, that does not mean they are cheap. International dealer networks are also in place to take care of maintenance requirements.
The second question divers are posing is: Why should I consider using a rebreather if I am not interested in getting into technical diving?

Rebreathers are incredibly quiet. The gas you breathe is warm and they give you much more dive time and no deco time than a single 12-litre cylinder of nitrox. The impact you make on your environment is also much reduced when you are not blowing clouds of exploding bubbles into the water with each breath.

Although it is difficult to assess how much differently marine life responds to you when you are on a rebreather, (after all, you are still a big strange animal in the water,) I can tell you that the only time I was ever approached by a wild dolphin underwater was when I was on closed circuit!

Are they for me?

If you are a relatively new diver looking for a smaller, lighter, simpler and more convenient alternative to standard scuba equipment then the current generation of rebreathers will not meet your needs. They are still more complex, awkward and more time-consuming to set up and use than standard scuba and, even if the unit is doing much of the monitoring itself, a diver still needs to be extremely attentive to what is going on.

If, however, you are a relatively experienced diver, have been intrigued by rebreathers in the past but were put off by the cost and complexity and concerned about their safety record, then now might be a good time to give the technology a try.

You will find that in return for a little extra tender loving care and attention, the equipment will give you a lot more freedom underwater in terms of time and gas supply. And, who knows, they may well turn out to be the genuine harbingers of a new diving revolution? Perhaps in much the same way that the Walkman presaged the iPod! ■ 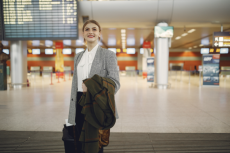 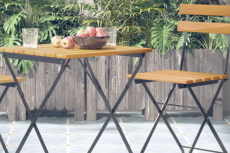