A team of scientists from the University of New South Wales are confident they've discovered a new population of pygmy blue whales, the smallest subspecies of blue whales, in the Indian Ocean Pygmy blue whales are the smallest members of the blue whale family, but that's the only small thing about them: they can reach up to 24 meters long.

Despite their enormous size, blue whales have been difficult to observe in the Southern Hemisphere as they live offshore and don't jump around like the humpback whales; thus, for some regions, their population structure, distribution and migration routes remain poorly understood. In particular, little is known about the blue whales in the northern Indian Ocean.

It turns out the Indian Ocean has an incredible diversity of blue whale acoustic populations.

The pygmy blue whale populations are distinguishable only acoustically; they do not display morphological differences and genetic data are sparse.

A lot of pygmy blue whales

"We've found a whole new group of pygmy blue whales right in the middle of the Indian Ocean," says UNSW Professor Tracey Rogers, marine ecologist and senior author of the study. "We don't know how many whales are in this group, but we suspect it's a lot by the enormous number of calls we hear."

The team named the newly found population "Chagos", after the archipelago they were detected nearby.

The discovery was made possible using data from the Comprehensive Nuclear-Test-Ban Treaty Organization (CTBTO), an organization that monitors international nuclear bomb testing.

Since 2002, the CTBTO have been using advanced underwater microphones (called 'hydrophones') to detect soundwaves from potential nuclear bomb tests. The recordings - which pick up many other detailed ocean sounds - are available to scientists to use for their marine science research. 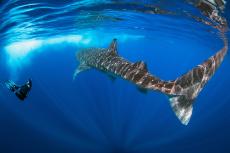 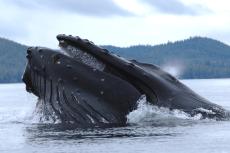 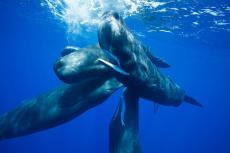