Diving is an activity that appeals to a huge selection of people, and within diving, there are almost as many ways to enjoy the sport as there are participants. During the 1990s, scuba diving became a mass participation sport.

The increase in holidays to exotic destinations, together with a growing commercialisation of diver training agencies, combined to make it was possible for people to do a basic open water course in a few days during the annual summer holiday. Whole families could do an open water diving qualification, which allowed Mum, Dad and the kids to experience the wonders of the undersea world. While the barriers to this underwater world were gradually being broken down, a small group of experienced divers were starting to push the limits of traditional recreational scuba diving. This movement, which has been christened ‘technical diving’, started off with just a few dedicated individuals. Over the last few years, this area has seen a huge increase in interest, and now a significant number of divers are moving towards technical diving. In this and subsequent articles, we will explore what is meant by technical diving, what is involved, the risks that arise and how you can move towards this type of diving.

For those who are not tempted to venture into this area of the sport, we will also discuss what lessons can be learnt from technical diving in order to improve normal recreational diving. This is similar to the way in which the majority of motorists will never come close to a Formula One Grand Prix car, but make use, in their own cars, of many of the innovations that have been developed by the Formula One teams.

In order to talk about technical diving, we should first try to define what is meant by the phrase technical diving. This is not as easy as it might seem. There is no agreed definition of the phrase, and different people use it to mean different things.

Another definition is that technical diving is the type of diving that is at the leading edge of the sport, or the type of diving that is carried out by the pioneers. This is another appealing definition but suffers from some of the same problems as the previous ones. Where do we draw the line between the leading edge and mainstream but adventurous diving?

So, we can see that a firm definition of what constitutes technical diving is difficult to pin down. Despite this, it is usually easy to recognise it when we see it. Furthermore, it is clear that there are certain aspects that we can use to identify technical rather than recreational diving.

Decompression stops are carried out at certain depths to allow the excess nitrogen in the body to reduce to a level where it is safe to continue on to the surface. Effective buoyancy control and the ability to hold decompression stops accurately are essential before any diver considers carrying out decompression diving.

With longer decompression times, it is common for technical divers to carry more than one breathing mix. In addition to back gas carried in large cylinders mounted—not surprisingly—on their back, they will also carry one or more deco gases. These are rich nitrox mixes, which will speed up the decompression. This is known as accelerated decompression and can make a significant difference to the amount of ... 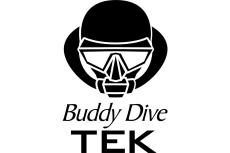 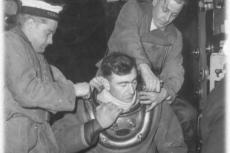 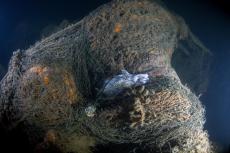 Ghost Net Recovery in the Baltic Sea
Tech and Training 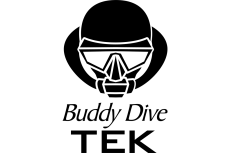