The Islands of Yap

In the beginning, God created the heavens and the earth. When He reflected on His handiwork, God thought, “Is there anything I can add to crown my glorious creation?” His answer, of course, was “Yap!” So, He added the lovely island chain, and then, “God saw all that He had made, and it was very good.” (Genesis, chapter one — journalist translation)

Of course, in the Garden of Eden, “Adam and his wife were both naked, and they felt no shame.” (Genesis 2:25). The naiveté and simple pace of the people in this island paradise were certainly refreshing, once one got used to the bared flesh, of course. The Yapese are known to be a friendly, but traditional and shy people. Their shyness apparently does not include their entire wardrobe (although, woman’s thighs must be covered at all times, including visitors).

Confused. I admit it. I feel confused and yes, a little bit embarrassed. I am used to seeing canned foods, packaged goods, fresh vegetables and luscious fruit in a grocery store. But the situation here was challenging, as half of the women were fully dressed in shirts and knee-length skirts, while the others were only covered from their waste down.

I did not want to be rude by avoiding eye contact, but I also did not want to stare. Lauren Johnson, my wife, was obviously enjoying my discomfort, though I am sure she was perplexed as well.

Yap is not the land that time forgot, but more like the islands where the past and present mix in intoxicating ways. We sensed no true clashing of times, where a digitally and mechanically driven world view was trying to forever cover the old, or where ancient ways were attempting to keep out any modernization.

Instead, there seemed to be a tranquil blend of traditional village life with more contemporary social elements, such as schools, a hospital and grocery stores.

Yap, itself, is a collection of 138 volcanic islands and atolls located in the Caroline Islands of the western Pacific Ocean and slightly north of the equator. If you mark a diagonal, straight-line between Guam and Palau on map, you will find Yap. It is 853km (530mi) miles southwest of Guam and 452km (281mi) northeast of Palau.

Yap Proper may seem like one continuous island when pictured on a brochure or the web, but it actually consists of four different islands (Yap Island, Tomil-Gagil, Maap and Rumung) that loosely fit together like puzzle pieces within a barrier reef.

Pohnpei, Kosrae, Chuuk (formerly Truk) and Yap, are members of The Federated States of Micronesia (FSM), which is a constitutional democracy. It is closely aligned with the United States as evidenced by the Compact of Free Association the two entities signed in 1986. Ultimately, the agreement provides the FSM with security and economic benefits, including regular coverage by the U.S. Postal Service, and the United States maintains a valuable presence in the region.

The Yapese absolutely cherish their roots and heritage, yet embrace “sensible” advances in education, medicine, communications and even name changes. The islands of Wa’ab became the islands of Yap due to a miscommunication.

According to the Yap Visitors Bureau, “When the first ship to anchor at the central islands arrived. A canoe of local warriors from the remaining islands went out to greet the ship, and through sign language, communicated their desire to have the captain come ashore for discussions.

As they boarded the warrior’s canoe, the ship’s captain pointed towards the shore and asked the name of the nearby landmasses. Thinking that the captain was pointing at a canoe paddle held by a navigator in the bow, the warriors responded proudly, “Yap.”

The name was duly recorded by the captain, and it stuck, so to this day the islands of Wa’ab are known to the outside world as Yap, which translated is canoe paddle!

If non-divers outside of Micronesia are aware of Yap, they probably think of it as the Island(s) of Stone Money. The Stone Money, or Rai, are doughnut-shaped disks that were primarily quarried from Babelthaob, Palau. Ranging in size from 4m (12ft) to .3m (1ft) in diameter, the Rai are easily the largest coins in the world.

The ancient Yapese admired the shinny properties of the Palau calcite, so they sent warriors with rudimentary tools in outrigger canoes to hew and transport the Rai over hundreds of kilometers (miles) of potentially treacherous water. Many Rai and the bones of even more warriors ended up on the sea floor between the two states. T

he difficulty of the journey, including the loss of life and property, that brought a piece of stone money to Yap is one of the most important aspects that determine its overall worth. Other key features that impact a coin’s value are its size, shape and texture.

The U.S. dollar is now the accepted currency in Yap, but Rai are still used for ceremonial and traditional exchanges, such as marriages and land transfers. Most Rai are never moved and stored in Stone Money Banks in the villages. ... 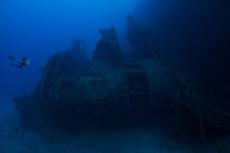 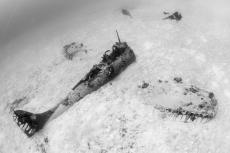 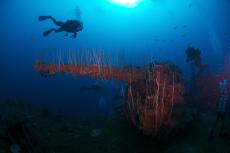 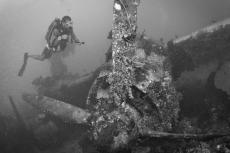