Light at the end of the tunnel?

The dive industry is intrinsically linked to the travel industry. Not only have many dive operators, resorts and liveaboards—whose clientele are inbound dive travellers— been forced to mothball their operations as borders remain shut and airlines have parked their fleets, but dive shops, which provide local dive communities with equipment and training, are also seeing a big dip in business, as there are no prospective holiday-makers shopping for equipment for upcoming dive trips. When can we travel again?

The scale of the coronavirus pandemic’s impact is outlined in a report by the World Tourism Organization (UNWTO), which predicts a decline in international travel of between 58% and 80% in 2020. The prediction of a 58% decline is based on the gradual reopening of international borders and easing of travel restrictions in early July; the 80% figure is based on early December.

This year, global airline revenues are forecast to drop by more than half ($314bn) according to the latest estimates by the International Air Transport Association’s (IATA). This is almost three times worse than its “worst-case scenario” from late March, with around 95% of international passenger traffic now lost due to travel restrictions.

Could testing prior to departure or before entry at the destination become a standard requirement? In Austria, in line with many other countries, arriving passengers have been required to present a health certificate showing a negative COVID-19 result, which is no older than four days, or go into quarantine for two weeks.

To avoid having to be quarantined, Vienna Airport now offers passengers arriving without the required health certificate an onsite test at the airport, which will provide a result in two to three hours. The airport tests, which cost €190 (USD 205), can also be taken by passengers leaving Vienna to demonstrate their virus-free status at their destination.

Meanwhile Heathrow, Europe’s biggest airport by passenger traffic, is trialling large-scale temperature checks, which are already being carried out at departure gates on people going to places where this is a requirement. John Holland-Kaye, CEO at Heathrow Airport, said the introduction of common standards would allow airlines to start flying again more frequently and urged the UK government to produce a plan on what standards airports should adopt.

Temperature checks in airports were also applied when SARS broke out in the early 2000s, but as COVID-19 infections are often asymptomatic, it is not clear how this would be effective. The airport is also trialling ultraviolet lighting to sanitise security trays and contact-free security screening equipment to reduce person-to-person contact.

A number of airlines are rolling out new policies aimed at protecting passengers and crew from coronavirus transmission and increasing consumer confidence in air travel safety.

Some US carriers, among them Delta Air Lines and American Airlines, have announced that they were now requiring employees and passengers to wear face masks. According to a statement made by Delta Air Lines, “… face coverings will be required starting in the check-in lobby (…) boarding gate areas, jet bridges and on board the aircraft for the duration of the flight—except during meal service.” Carriers have also modified in-flight service to minimize touchpoints and have moved primarily to pre-packaged foods and sealed beverages.

New Zealand announced that it has stopped community transmission of COVID-19, effectively eliminating the virus. With the virus under apparent control, Australia and New Zealand are discussing forming a “travel bubble” that would allow people to resume international journeys across the Tasman Sea without quarantine restrictions. Both Australia and New Zealand are currently limiting international travel to only “critical” trips, such as those for essential, urgent, or medical reasons.

The “bubble” idea would presumably be one of the first steps introduced once travel restrictions are eased and help revive businesses as the world readjusts to life with the coronavirus. Other nations, including some Baltic and Scandinavian countries, are currently also engaged in talks with their neighbours on how and when to open their shared borders. 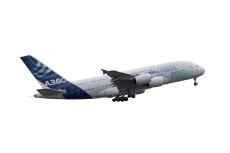 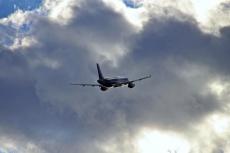 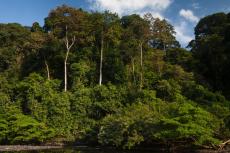 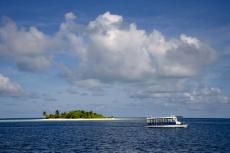