PFO: Not the “Hole” Story

Researchers took a close look at PFO and arterial bubbles and reached some quite startling conclusions. Most divers know that many people have a PFO and that having a PFO makes you more susceptible to decompression sickness (DCS), but that is far from being the “hole” story, (forgive the pun). For a more detailed summary of the PHYPODE findings on PFOs and other issues, read Simon Pridmore’s book, Scuba Physiological: Think you Know All About Scuba Medicine? Think Again! It is available as an e-book via Amazon stores worldwide. For more information, visit: SimonPridmore.com.

The Scuba Confidential column in this issue is again adapted from my book, Scuba Physiological: Think you know all about Scuba Medicine? Think Again! The chapters in Scuba Physiological were originally written by scientists in the field of decompression research as part of a three-year project called PHYPODE (Physiology of Decompression). My (self-appointed) task was to rewrite their sometimes-complex research in a form accessible to all divers.

Let’s start with a quick anatomy review. PFO stands for Patent Foramen Ovale. The foramen ovale is a remnant of the vascular system as it was before birth. A baby in its mother’s womb cannot use its own lungs to load oxygen into the blood. It uses the placenta instead, which brings the blood of the foetus into close contact with the mother's oxygen-carrying blood.

Oxygen-rich, placental blood enters the baby through the umbilical cord, and flows through a large vein into the right atrium. So that the blood can be sent as quickly as possible to the brain and other organs, there is a “swing door” (the foramen ovale) between the right and left atrium, which lets through approximately 90 percent of the blood.

The remaining 10 percent follows the normal route from the right ventricle into the lungs, then to the left atrium, where it is pumped out by the left ventricle. After birth, of course, all of the blood goes this way because the umbilical cord has been cut and the placenta is no longer connected. When a baby is born, it takes its first breath, inhales deeply, expands its lungs fully and opens up the alveoli and the pulmonary capillaries. No more blood passes through the foramen ovale and the door fuses closed in a couple of days or weeks.

In about half the population, however, the fusing process takes longer and the foramen ovale remains unfused (or “patent,” to use the medical jargon). With advancing age, more shut completely but autopsy studies show that about 25 percent of people over 40 still have a PFO. Bubbles in the brain

Bubbles that form during and after a scuba dive are swept into the lungs, where they become trapped in the pulmonary capillaries, slowly evaporate, and eventually disappear. However, sometimes bubbles can be observed in the arterial circulation, which means that, somehow, they have bypassed this pulmonary filter.

The brain receives most of the arterial blood and divers who get cerebral DCS, that is, symptoms relating to the brain, the inner ear, the eye and the upper portion of the spinal cord, are found more frequently to have a PFO than divers who have no history of DCS or who get other types of DCS. The conclusion is therefore that bubbles are passing into the brain via the PFO.

However, new high-resolution echocardiography units can now detect much smaller bubbles than was previously possible and they are now finding post-dive bubbles in the arterial system of divers with no DCS symptoms much more often than in the past. The frequency is greater than one would expect if a PFO were the only factor responsible, so bubbles must be passing across the lungs in some way.

Again, using echocardiographs, researchers have observed significant post-dive passage of bubbles between the venous and arterial circulation via the lungs in approximately 10 percent of divers who do not have a PFO. The passage occurs via shunts called Intra Pulmonary Arterio-Venous Anastomoses (IPAVA). Like a PFO, the IPAVA allow blood and bubbles to bypass the small capillaries in the lungs that normally trap bubbles.

The shunts are usually closed but they open up when test subjects start performing physical exercise and the intensity of exercise required to open the IPAVA varies greatly between individuals. Some people experience a shunt when they are at rest or just engaged in very mild exercise. Others need to be doing much higher levels of exercise before the shunt opens. Once the exercise stops, the IPAVA close again within a minute or two.

Bubbles may be present in a diver for a period of up to two hours after surfacing. The deeper and longer the dive, usually the more bubbles there will be. We know that one diver may be more prone to producing bubbles than another, although we do not know why. If a diver exercises after diving, the IPAVA may open and cause bubbles to pass into the arterial system. Even mild exercise, like surface swimming while wearing scuba gear, may be enough. This might explain why divers who do not have a PFO nevertheless suffer cerebral DCS.

DCS occurs on average only once per 2,500 to 20,000 recreational dives, depending on the type of diving. However, millions of divers perform tens of millions of dives a year. So, if 25 percent of divers have a PFO and bubbles are frequently found in divers, post-dive, there should be many more cases of cerebral DCS than there are. So why doesn’t a PFO result in cerebral DCS more often?

A PFO is a door, not a window. As long as the pressure on the right side of the heart is lower than on the left, which is normally the case, the door stays closed, and no blood or bubbles will pass through it to the arterial side. However, certain things can briefly increase the pressure in the right side of the heart. A Valsalva manoeuvre, the technique most divers use to equalize pressure in their ears, is one example.

Other diving-related actions that can produce the same effect include lifting heavy dive equipment or climbing up a boat ladder in full equipment after a dive. Holding your breath while exerting, pushing down to pass a stool, or simply coughing, can also do it.

All these activities momentarily stop venous blood from entering the heart. When the activity stops, the blood rushes into the heart like a tidal wave and briefly but significantly increases blood pressure on the right side of the heart.

This pressure may open a PFO, and blood and bubbles will start shunting to the arterial side. It is like a traffic jam creating a backwards-expanding line of stationary vehicles. Once the end of the queue reaches an alternative, normally unused, back road, vehicles will start using that road instead. Typically, DCS involving a PFO occurs about 20 to 30 minutes after surfacing, which corresponds roughly with the peak in the volume of bubbles in a diver. Remember, it is the bubbles that cause DCS, not the PFO.

So, the question remains: Whether bubbles enter the arterial system via a PFO or via IPAVA, why does cerebral DCS not occur more often?

Nitrogen bubbles that pass into and lodge in a tissue will shrink and disappear rapidly if the nitrogen pressure in the tissue is lower than the nitrogen pressure in the bubble. After a dive, all body tissues desaturate, some faster than others. The brain is a very fast tissue with a half-time of approximately 12.5 minutes. This means that every 12.5 minutes, the nitrogen saturation of brain tissue halves. So, in most cases, 20 to 30 minutes after the dive, the brain will be desaturated to the extent that any bubbles passing into it will rapidly disappear and cause no harm.

Other tissues such as inner ear fluids have a slower tissue desaturation half-time, and this may account for the fact that many instances of PFO-related DCS involve inner ear problems, such as dizziness and hearing loss. 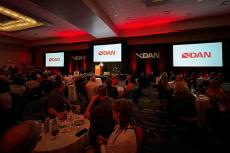 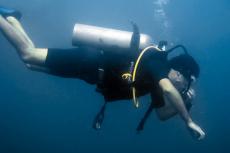 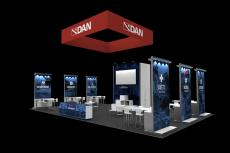 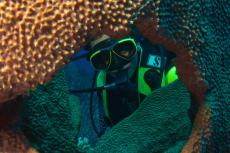