Scubazoo — making a living out of a dream

Many people dream of one day making a living out of underwater photography or videography, few people ever make this dream a reality. There have been only a handful of underwater cameramen or film crews who have made a name for themselves through underwater imaging. One group that has, goes by the name: Scubazoo Because their main base is located in South East Asia, one of the planet’s most biologically diverse area’s, their cameramen can be in the water 365 days a year, allowing them to see creatures and behaviour that has rarely, and in some cases, never been filmed before. This has made their library an invaluable resource to supply producers, publishers, and researchers with underwater material that makes potential productions a reality.

Scubazoo is also heavily involved in work with various production companies including National Geographic, Discovery, Animal Planet, BBC, IMAX and ITV, contributing to various projects ranging from television commercials to conservation projects, promotional productions and exploratory research assignments. Few film crews have filmed such numerous subjects in such a wide variety of locations. From Saltwater Crocodiles in Malaysia, to Giant Octopus in Canada, Great White Sharks in Guadeloupe and the great Sardine Run in South Africa, the Scubazoo crew have been there, done that and made the T-Shirt!

What make’s the Scubazoo team so special is that much of their work rotates around a strong conservational message; they strive to create a higher level of awareness of the earth’s marine environment, and the importance and need for its conservation and preservation for the future. This only comes through each individual team member’s love and appreciation for the marine world.

Scubazoo are currently producing their own unique genre of underwater documentaries. With their stunning images, they hope to be able to tell ‘The Whole Story’ of the underwater world. Whilst documenting the ocean’s fascinating and complex web of life, Scubazoo’s stories will always aim to have a strong conservation message.

Continuing the conservation theme, Scubazoo recently released their coffee table book, Sipadan, Mabul, Kapalai – Sabah’s Underwater Treasure, a publication detailing the rich marine environments found in and around these islands, and the threats they now face.

With such a wide variety of work under their weight belts, its more than likely you’ve seen Scubazoo’s footage at one time or another. Some of their recent credits include ‘Smart Sharks – Roboshark’, ‘The Really Wild Show’, ‘Killer Shark - Live’, and ‘Great Ocean Adventures’ with Monty Halls.

The continued success of the Scubazoo team should act as inspiration to budding ‘would-be’ cameramen.

Many individuals strive to achieve the status of professional underwater image maker, but become disillusioned by the industry and the challenges it faces. Let Scubazoo set an example, that there still exists opportunities in the industry, whilst also being able to make a positive difference to the oceans that we all love so much. ■ 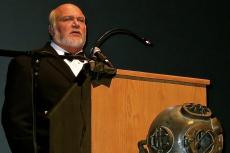 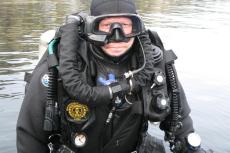 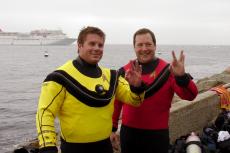