Located on the southeastern tip of the Yorke Peninsula, the small town of Edithburgh is home to what is possibly the absolute best of all the many wonderful jetties of South Australia. Dived on a good day with optimal conditions, “Edith,” as it is known locally in the SA dive community, is a stellar dive that ranks highly among the must-do dives in Australia. Plus, if you can get there for a few days during the week, there is a good chance you will have the place (well, underwater, that is) to yourself!

Built in 1983, primarily to facilitate the export of locally produced salt around Australia and over to New Zealand, the jetty allowed Edithburgh to become, at one point, the third busiest port in South Australia. The specific location was chosen for its sheltered location and proximity, across the Gulf of St Vincent, to the state capital Adelaide. But, unbeknownst to the people who planned the jetty, was the Great Southern Reef and the rich seasonal upwellings created by the Leeuwin and Flinders Currents that feed and nourish its superb biodiversity.

For those currents, the structure, shape and location of Edithburgh Jetty have provided an almost perfect science-project-like petri dish to demonstrate to the world what they can do—and the results are truly stunning!

Yes, I know—first impressions are not always correct, but they do matter and definitely create that initial impression. With Edithburgh, your first impressions will have been formed by the three-hour-or-so drive out of Adelaide, which in my case has always been vaguely vanilla-like, at best, followed by a sharp left turn and the journey down the Yorke Peninsula, with its amazingly large and flat expanses of fertile wheat fields—that is, until you realise just how much natural vegetation and animal habitat must have been cleared to facilitate it all. That said, those local farmers work very hard doing what they do—and the world loves our clean and green produce, so let’s take that particular discussion off-line.

Then, one arrives in Edithburgh, and my thoughts are always that it may not be the end of the world, but I should be able to see it from here. It is neat, tidy and safe—but if you need to eat after 8:00 at night, bring your own food.

Life was hard and tough for the original settlers of Edithburgh and probably even harder for the “blow-ins” who came here to find work. If those hardwood pylons that underpin the jetty could talk, they would tell many an interesting story about what they have seen.

They can’t, of course, but what they can do is stand as silent witnesses to the fecundity of those Great Southern Reef currents and the rich upwellings they create. For the wide and low structure of the jetty has created an incredible infrastructure for the temperate water corals, sponges and ascidians to thrive on an almost biblical scale—yes, it’s that good!

When diving Edithburgh Jetty, the pylon growth seems rather sparse initially. Then, from about one-third down the 170m length of the jetty, it seems to double and then triple in density, as those nutrient-rich currents make their impact felt.

While the pylons are indeed spectacular, Edithburgh is also well known as a great place to see some of South Australia’s iconic species—particularly the wonderfully serene and incredibly photogenic leafy seadragon (Phycodurus eques) and the equally photogenic striped pyjama squid (Sepioloidea lineolata).

The leafy seadragons are typically found most often during the day in the large patch of corkweed to the north of the jetty but can also be encountered at the very end of the jetty. While the pyjama squid are usually buried in the sand under the jetty during the day, they emerge at night to feed and, if you are lucky, to mate!

Edithburgh is also a great place to see and photograph decorator crabs (Majoidea) as they are common under the jetty and make great subjects, with their incredible stuck-on appendages. Plus, they will often remain motionless when approached, convinced they are invisible in their special camouflage. Among the fallen pylons and other debris under the jetty is also where you will find many southern blue-ringed octopuses (Hapalochlaena maculosa) at night, as they emerge to feed.

In a nutshell: quite straightforward. There are excellent stairs on both the northern and southern sides of the jetty near the parking area. So, once you are geared up, it is a short walk and an easy entrance. Getting out again is the reverse and also straightforward, unless the wind changed while you were underwater.

Edithburgh is best dived when the wind is from the west or southwest, as the jetty’s location means that it is nicely sheltered by the bottom of the Yorke Peninsula, and you will have excellent conditions. Conversely, when the wind is from the east or southeast, don’t bother, as it blows in across the Gulf of St Vincent right onto the jetty. So, entry and exit on the stairs will be challenging at best, dangerous at worst, and underwater visibility will be greatly reduced as the bottom is stirred up.

Once in the water, it is time to explore, and because of its 170m length and 11m width on the main section, there is a large area to do that. Depth under the jetty varies from two metres at the stairs to about ten metres, depending on the tides, so you can easily spend a couple of hours underwater.

During the day, the jetty changes subtly as the sun waxes and wanes, creating mood shifts as its rays penetrate under the jetty. Midmorning, together with late afternoon, are my personal favourite times to be in the water. But, if you like critters and observing their behaviours, then after dark is when Edithburgh Jetty really turns it on.

Those pyjama squid and blue-ringed octopuses that were buried in the sand during the day are out and highly active at night, as are a tremendous variety of other creatures. That said, be prepared for what could be a late night, as there is so much to see, and the shallow depth will probably mean a couple of hours underwater taking it all in.

The nearest dive shop is in Adelaide, a couple of hours away, so you need to arrive in Edithburgh with everything you need. The local BP service station has a compressor, and you can get tanks refilled. There was a lot of online gossip circulating about the quality of the air, but I spent a week diving the jetty in February and had no problems at all.

Weekends and public holidays mean lots of local divers from Adelaide, so there can be queues to get refills, and it also means that accommodation can get booked out. There is a good caravan park in Edithburgh with permanent cabins, but they are also popular with the “fisho’s” (Australian for “people who like to fish”), who are a permanent feature of the jetty. Personally, I used AirBnB and have had good accommodation every time.

In the centre of town, there are two pubs that serve food—one at the Edithburgh Hotel and the other at Troubridge Hotel—but last orders are around 7:45 p.m. There is also a deli in town which serves snacks and has a reasonable number of groceries, but the nearest supermarket is 16km away in Yorketown.

South Australia has, in my opinion, some of the best diving in Australia, and Edithburgh Jetty would have to be in the top five dives in the state. Those rich upwellings created by the powerful Leeuwin and Flinders Currents have produced an incredible area of temperate water biodiversity, concentrated into a relatively small area, which can be easily explored.

Getting to know it all over a series of dives is what I really enjoyed about diving Edithburgh. It is such an easy but great dive, where you can spend hours underwater each time you get in. So, you can really get to know the place and understand where everything is. On a busy weekend, with lots of divers in the water and fisho’s casting their lines, it is still good, but dive it for a few days during the week, and it is a completely different and very satisfying experience. ■

In more normal times, Don Silcock is based in Bali, Indonesia, but is currently hunkered down in Sydney, Australia. His website has extensive location guides, articles and images on some of the best diving locations in the Indo-Pacific region and “big animal” experiences globally. Go to: indopacificimages.com. 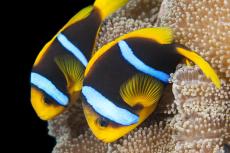 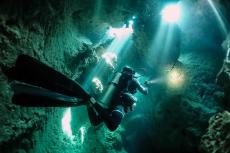 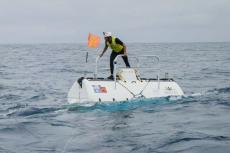 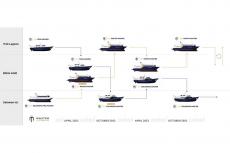