Does diving produce free radicals? Can vitamins really protect divers from some the physiological effects of diving? X-Ray Mag’s own editor and medical doctor Andrey Bizyukin conducted a series of experiments to find out. How many people could possibly be saved or protected following these scientific findings?

You probably heard about free radicals, and why you should eat anti-oxidants to stay healthy. But have you heard of Reactive Oxygen Species? Chances are that you haven’t. But to cite a well-known on-line dictionary: Reactive oxygen species (ROS) include oxygen ions, free radicals and peroxides both inorganic and organic. They are generally very small molecules and are highly reactive due to the presence of unpaired valence shell electrons. ROSs form as a natural byproduct of the normal metabolism of oxygen and have important roles in cell signaling. However, during times of environmental stress ROS levels can increase dramatically, which can result in significant damage to cell structures.

During times of environmental stress, huh? Does that include diving?

It is the cell enzymes that produces ROS during metabolism and it turns out that these molecules have several roles to play in the body. Firstly, they are modulators of the immune system, in other words, molecules which can intensify or weaken the immune response. And the very same molecules can, by virtue of their strong oxidizing powers, simply “kill” pathogenic microbes and viruses, destroy alien substances (antigens), or when the concentration gets too high, also harm the cells themselves by creating ulcers or abscesses inside of a living tissue or by starting allergic reactions.

Even for an experienced diving physician it is not so simple to understand all the subtleties. There is a normal quantity or production of ROS. If too little ROS is produced, the normal immune reaction does not develop, and the organism falls ill from even the most insignificant trifle. If too much ROS is produced, it first enhances the immune response, but then (if high production levels persist) it will start destroying the organism. Speak about a golden median!

Any technical diver breathes gas mixes, be it oxygen enriched (nitrox) or impoverished (hypoxic trimix). Either of these will surely influence ROS production and levels somehow. But how? And, in which direction is it going to be—for the better or worse? And if it is for the worse, what can a diver do to protect himself or herself from the negative effects of these molecules and go on to live a long life and dive happily?

In our first experiments, we used immune system cells from white rats. They were placed in test-tubes with a nutritious solution to keep them alive. These test-tubes were then pressurized equivalent to a depth of 350 meters. One group of test-tubes stayed under this pressure for no more than one minute. Another group was kept under pressure for a considerable time. Both groups were brought “back to the surface” in an uniform manner. All the cells remained alive. But ROS production in them was considerably different. This made us hypothesize that short dives are beneficial for cells—they keep up their tone and strengthen immunity, whereas long dives destroy parts of the enzyme system involved in immune system response, and that the cause may be an excessively prolonged elevation of ROS production. Thus, it seems, to be a good idea if one could get ROS production under control during a dive.

This can be achieved in several ways. We opted for the easiest.  Antioxidants are readily available in the form of commonplace, over-the-counter vitamin supplements: vitamin PP (Rutin), vitamin C (Ascorbic acid), vitamin E (Alpha-tocopherol) and lipoic acids.

These substances bind to the reactive oxygen forms, preventing the damaging peroxidation in the organism. A regular intake of these anti-oxidants interferes with surplus ROS production and protects the organism. It doesn’t hurt either, that vitamin E is said to enhance sexual performance in divers (at least according to what IANTD president Tom Mount states in his “Technical diver encyclopedia”). We then put our hypothesis to the test by conducting another experiment, this time with mice.  In this, we compared two groups of animals: The first group were given plenty of Ascorutin (vitamin PP + vitamin C) in their drinking water for two weeks. The other group did not receive these large doses of vitamins.

Both groups of animals were then put in a decompression chamber and sent to a depth of five hundred meters and returned to the surface following identical decompression profiles. Following this experimental dive, all the animals received a very small dose of blue pus bacillus toxin (in concentrations that are normally absolutely safe for a healthy organism).

This was done to check the response and status of the immune system. The deep dive had affected the control group of mice (those who were not given vitamins) so profoundly, that the blue pus bacillus toxin killed all of them. By contrast, the mice from the experimental group who were given the vitamins all survived, except for one who got sick and died.

The conclusion seemed clear: The increased doses of vitamins protected the mice during and after the deep dives.

But does that imply that  pharmacological substances that can reduce the risk of decompression illnesses may exist? How many people could possibly be saved or protected following these scientific findings? And could this knowledge possibly extend the time span a human can spend safely under water? ►

The conclusion seemed clear: The increased doses of vitamins protected the mice during and after the deep dives.

The implications were mind-boggling.

Now there was no turning back, we just had to investigate the effects in humans. During a run of 21 days, we then monitored three professional commercial divers as they went down as far as 250 meters. One these was our diving doctor who took blood samples at regular intervals, which were sent up through a special sluse for analysis in a lab.

The results were stunning. Neither during the descent nor during the extended stay at maximum depth could we detect any significant deviations from normal ROS production. However, during ascent the picture changed dramatically. From the beginning of ascent, the production of reactive oxygen forms spiked and stayed high at alarming levels during much of the decompression procedure until surface was reached. And for an extended period after the experiment the divers had immune responses well below normal. These otherwise healthy fellows had become quite susceptible to even banal infections. This period of suppressed immune system lasted at least ten days.

Our friends, who had to listen to all our technical babble and enthusiastic tales about “wandering under water”, made fun of us and thought we were engaged in something too etherical for normal people, but they couldn’t help finding the jargon a bit sexy and envy our enthusiasm and dedication.

A scientific investigation like this is indeed somewhat akin to detective work. Here are our conclusions: 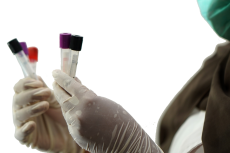 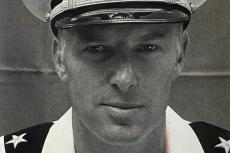 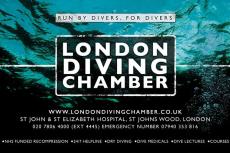