It was day seven of the liveaboard trip and the twentieth dive of Darren’s holiday. He joined his team in the tender boat and they sped off to the dive site. He donned his gear and ran through his usual pre-dive checks, while the guide dropped in to do a current check. It was only when the countdown began for all the divers to roll into the water together that Darren reached for the mask hanging around his neck… and it was not there. Forgot your mask, fins or dive computer? It usually happens when you least expect it, just when you are dive-fit, in the groove and able to trust your instincts—or so you believe. (Illustration compiled with images from Pixabay)

He raised a hand to stop the countdown and searched around to see if he might have inadvertently taken it off and put it down on the bench next to him, but he could not see it. He had left it back on the liveaboard. When the countdown resumed, all his fellow divers went in without him.

Darren was devastated, not only because he had missed a dive, but also because he thought that the incident made him look careless and he prided himself on being a capable diver. He took some good-natured ribbing for a short time afterwards and then everyone else forgot about it. But Darren did not forget. The incident weighed on his mind for a long time.

He knew how it had happened. After the previous dive, there had been much excitement on the dive deck, with everyone chattering about what they had seen. Darren had taken his mask off and had absent-mindedly stowed it under the bench he had been sitting on. That meant it had not been with the rest of his equipment when he came to prepare for the next dive. Impossible though it might seem, he had not noticed he did not have his mask with him until he tried to put it on his face.

A solution to the problem

He swore that such a thing would never happen again and decided that the solution was to become more methodical in his dive preparations. He needed a routine. So, he developed a process that would make sure he always remembered everything he needed to do before and after a dive. First, he wrote all the steps down in order on a slate and then he made sure he followed the sequence assiduously, with the slate close at hand. He tried to avoid distractions and would restart his routine from scratch if he was interrupted at any point in the process.

It worked—although it was a while before he was confident that his list covered all eventualities. He also had to adapt it a little from time to time, depending on which boat he was diving from and whether it was a day boat or a liveaboard. He also found he had to tweak his list a little for beach diving. But, he never missed anything again and he wished he had come up with the idea sooner.

Darren is not alone. Almost everyone who ever breathed air underwater has experienced a similar moment. As in Darren’s case, it usually happens when you least expect it, just when you are dive-fit, in the groove and able to trust your instincts—or so you believe.

I have seen people forget their computer, even their fins. I even have a friend who prepared his underwater camera system for a dive, loaded it into the tender boat, dropped into the ocean and popped back up to take the camera from the tender crew, only to see a gaping hole where the lens dome should have been fitted, but was not. It was still lying on the workstation in the liveaboard’s camera room. My shocked friend stopped the crewman, hopped back into the tender and asked the driver to take him back to the mother boat, where I was standing, wondering why he had aborted his dive. As he approached, he held up the camera housing, showing me the vacant dome port. He saw me smile and then it dawned on him why I was smiling. “This story doesn’t go in one of your magazine columns,” he called out. “Of course not,” I reassured him.

Sometimes divers do not notice the thing they have forgotten until they have already begun their dive. They notice their computer is missing when they first look to see how deep they are and find themselves staring uselessly at an empty wrist. Or three or four breaths into the dive, they try to take another breath and discover that they are sucking on an empty hose. They might have checked their gauge while they were gearing up and seen that it was full, but they forgot to test that the valve was actually open, either by trying the handle or taking a few test breaths.

When you first learn to dive, you are given a routine to follow in the form of the buddy check system. It is usually presented as an acronym, which changes from training agency to training agency, designed to help you remember what to do to make sure your buddy has made all the necessary preparations for the dive. At that point in your diving life, it seems inconceivable that anyone would ever go into the water without double-checking, even triple-checking, absolutely EVERYTHING!

However, in most cases, it is not long after your initial training that the buddy checking stops. You never forget the acronym, but you quickly neglect the process that it was supposed to help you remember. You become comfortable with doing your own checks and you know that, as long as you concentrate, you are completely capable of preparing for your own dive without any help.

Then, after a while, you stop concentrating because you assume that you are now so experienced that you are infallible. Then you get distracted or experience a moment of inattention and that is when you forget something.

If you are like Darren, you feel stupid and promise yourself that you will never do it again. Maybe, as he did, you decide to write down all your pre-dive and post-dive procedures on a slate or in your logbook and always keep it with you as a cheat-sheet. Or perhaps, instead, you work hard at developing an established sequence of actions that you keep in your head and practise time and time again until the process becomes completely unforgettable and instinctive.

I see veteran divers and professionals on dive boats all over the world who have done this, whether consciously or subconsciously. If you ask them about their routine, some might claim they do not have one. But they do. Just watch them: It is almost spooky. They have a mental checklist and they follow it minutely, repeating exactly the same sequence of actions before and after every dive. 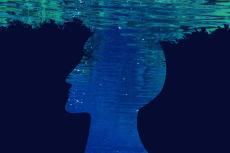 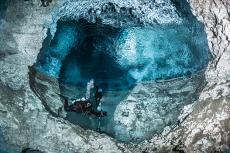 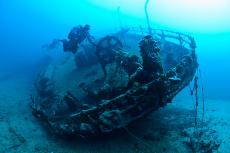 Analysis and Reflection as Learning Tools
Tech and Training 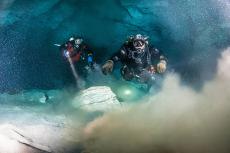